While Gorakhpur is predominantly a historical place that is deep-rooted in Indian culture, sports has also been an integral part of it since ages. The city has yielded its fair share of sportsmen and women over the years and has made its mark in various arenas with its prowess and expertise in sporting activities.

Sports such as cricket, football, kabbadi and kushti have made Gorakhpur famous in the area of sports and a number of famous sportspersons have arisen from this city over the years. Various colleges across Gorakhpur promote sporting interests and even have specialized departments that work along with budding sportsmen and women to help them hone their skills. With traditional Indian sports holding sway along with modern global sports, it is quite a pleasure to dig into to the various sports in which Gorakhpur indulges itself. 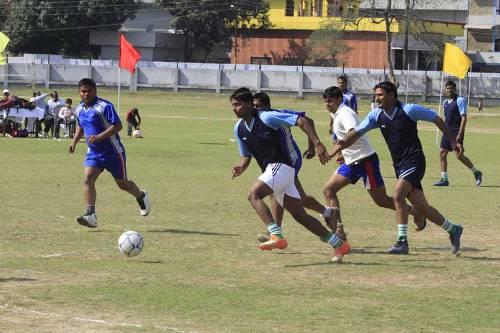 Football has always had a stronghold in Gorakhpur. The Gorakhpur Football team has also been known to excel in inter-district tournaments. The Regional Sports Stadium in Gorakhpur has seen a number of tournaments held in this city.

As with the rest of India, Gorakhpur too has its cricket craze. It is a common sight to see the lanes of the city filled with youngsters playing their own form of street cricket, especially during holidays. For a more organized form of the sport, though, the Gorakhpur Cricket Association (GCA) has been set up. This organization is dedicated to encouraging budding talents in cricket and to honing the skills of local cricketers. The cricket grounds of the city and Gorakhpur’s Cricket Stadium are also maintained by the GCA.

Gorakhpur has been the home of some famous cricketers such as Narendra Deepchand Hirwani, the leg-spin bowler who was named Cricketer of the Year in 1988 for his outstanding performance in the Test series of that year. He is also the youngest Test player to have achieved such fame.

Tennis has received much encouragement in Gorakhpur and courts have been set up for lawn and table tennis. Gorakhpur’s most famous Tennis Court is at Kunraghat, and attracts professional athletes as well as those who love to play the game as a form of fitness or relaxation.

The badminton fever of India, after the international success of some of the country’s young players, has struck Gorakhpur as well. It is quite a common sight to see youths and a few older people around the city playing a casual game of badminton, especially during sundown. Gorakhpur has been the home of champions of this game such as Syed Modi, who was the National Champion for eight consecutive times from 1980 to 1987. Modi also had the distinction of willing the Arjuna Award and was also the Gold Medallist in the Common Wealth Games of 1982. In the same year, he also won the Bronze Medal for Badminton in the Asian Games. 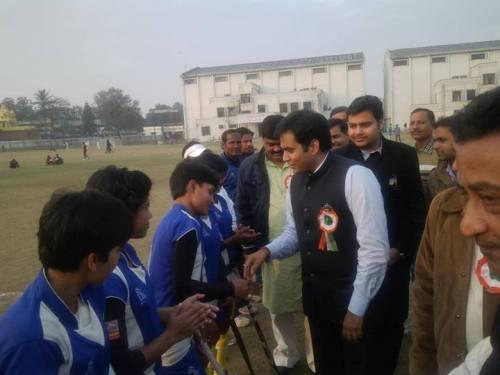 India’s National Sport surely makes a mention in the realm of sports in Gorakhpur. This city has borne the distinction of being the training ground of Prem Maya, an Arjuna Awardee and captain of the Indian Women’s Hockey Team.

Golf in Gorakhpur has not caught up as much as cricket has, but nevertheless it is still a much-played sport by certain sections of the city. The Gorakhpur Golf Club near Railway Colony has a rather neat turf for golfers to try their skills.

Of the many traditional Indian sports, Kabbaddi has held sway for quite a long time in the heart of Gorakhpur. Apart from youths who indulge in this sport for fun, there are professional Kabbaddi teams in Gorakhpur. Gorakhpur’s Men and Women teams participate in zonal and national competitions and have been well-ranked nationally.

Kushti is a form of wrestling, and Gorakhpur has certainly had its fill of this sport. For residents and tourists alike, watching a game of kushti is quite interesting. Gorakhpur has had its yield of famous wrestlers such as Janardhan Singh. The city also has had the distinction of being the home to Yash Bharti Awardees Panne Lal Yadav, Ram Ashray Yadav, Chandra Vijay Singh, for this sport.

Gorakhpur is home to a number of sports stadiums which encourage active participation in various sports as well as train budding athletes. The Regional Sports Stadium sees a number of tournaments played in football, cricket and hockey. Gorakhpur also has its very own Cricket Stadium that has seen many regional matches played. If you take a walk near this stadium, you will also get to see many young cricketers being trained in this sport. The Veer Bahadur Stadium is also a famous place for sports training as well as for cricket and football matches. 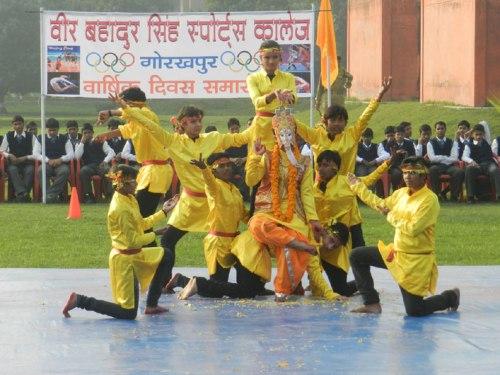 In order to train budding athletes, Gorakhpur’s schools and colleges put much emphasis on encouraging anyone who shows sporting skills. The Deen Dayal Upadhyay Gorakhpur University takes this training to a higher level with its dedicated Sports Department that offers various sports coaching. The Veer Bahadur Sports College in Gorakhpur is also a boon to those who love to excel in various sports and many international level players have been produced by this college.