Over the years, the splendour of Gorakhpur has increased its value greatly and made it into a popular tourist destination. Drawing its name from the famous ascetic Baba Gorakshanth, this city traces its history across various dynasties that have contributed to its rich culture and heritage. Standing mighty along the banks of Rapti River in Uttar Pradesh, Gorakhpur is said to be a gateway between Buddhism and Hinduism and is a witness to the coexistence of different cultures and religions in India. 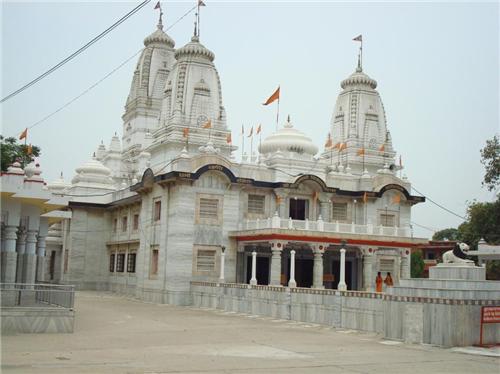 Gorakhpur attracts a number of pilgrims of varying faiths throughout the year. It is home to a number of temples and religious structures that have historical and religious significance and a number of devotees of different faiths flock to this city to pay homage. Gorakhpur is also home to some excellent arts and crafts that have worldwide renown.

Since ancient times, Gorakhpur has been an important cultural and religious centre. It has become home to some of India’s most ancient and valued monuments and has also been the centre of preservation of the relics of India’s glorious past.

Gorakhpur accurately symbolizes what India stands for, unity in diversity. Religious leaders of Hinduism, Buddhism, Jainism and Islam have found their roots here. Down to this day, Gorakhpur retains its name of being an Indian city to that has moved with the centuries to reflect India’s glory as few other cities have done. From Lord Buddha to Lord Mahavira and to the famous saint and poet Kabir, the history of Gorakhpur has contributed to its cultural and religious importance.

The rich history of Gorakhpur can be traced over the years back to Vedic era when the monarch of the Solar Dynasty, Iksvaku, reigned supreme in this region in the sixth century BCE. It was during this time that the Aryan civilization gained popularity. In ancient times, Gorakhpur included a number of districts, including Azamgarh, Deoria, Basti and Kushinagar. It featured in some of the richest eras of the world’s history, such as during the reign of Ram, of the Ramayana. Of the 16 Mahajanpadas or states of India in the sixth century BCE, the famous kingdom of Koshal claimed ownership of Gorakhpur.

Gorakhpur has also the mark of being the place near which Gautama Buddha, in 600 BCE, renounced his princely clothing and set out for his quest of enlightenment and truth. Lord Mahavira, a contemporary of Buddha and the 24th Tirthankara of Jainism, is also associated with Gorakhpur by means of his birth and travels. When the Malla Dynasty adopted democratic governance, Gorakhpur became part of the ancient Gana Sangha.

Gorakhpur receives reference in the epic Mahabharata when, in view of his Rajsuuya Yagna, the younger brother of King Yudhistr, Prince Bhim, visited here to extend an invitation to saint Gorakhnath. By the fourth century, the Iksvaky dynasty fell to the Nanda Dynasty. Over the years, other dynasties such as the Shungas, Mauryas, Guptas, Harshas and Kushnas took over this region. Throughout this time, Gorakhpur remained an integral part of these dynasties, adding history to time in the formation of what it is today.

In medieval times, Gorakhpur came to prominence when the Tharu Dynasty reigned over this region in the tenth century. It was at this time that the renowned Mausen Madan Singh ruled. By the twelfth century, Gorakhpur shot to fame when Shiv-Avtari MahaYogi Guru Gorakhnath after whom this city was named, made his appearance here. His Samadhi in Gorakhpur is a famous tourist spot and pilgrimage.

The Muslim leader Muhammad Ghori conquered the Gorakhpur region in the twelfth century and over the next four centuries, a succession of Muslim rulers held this region as their stronghold. Some of the most famous of these rulers were Bahadur Shah, Qutb-ud-din Aybak and Muhammad Ghori. The sixteenth century saw the birth of the saint and poet Kabir in a village approximately 20 kilometers away from Gorakhpur. Down to today, his burial place is a spot of attraction to tourists and pilgrims alike.

It was about this time that the Mughal Emperor Akbar began his reorganization of this region and one of the five administrative units of the Awadh province was named to be Gorakhpur. Apart from the legacy of Hinduism, Jainism and Buddhism, the Muslim leaders of this era contributed immensely toward the blend of cultures and religions in this region. Monuments such as the famous Imambara stand as witness to this legacy.

Gorakhpur in The British Era

It was in 1803 that Gorakhpur came under direct British control. Prior to this, in 1801, the Nawab of Avadh was transferred to this region by the East India Company and Gorakhpur was given the status of being a district.

Gorakhpur has the recognition of being a major contributor to the Indian Struggle for Independence. On February 4, 1922, the Chauri Chaura incident in Gorakhpur was a turning point in the struggle for Independence. Police atrocities had enraged the common man to the extent that a crowd of 2,000 people set ablaze the Chauri Chaura police station. Nineteen policemen were killed in this incident. This led Mahatma Gandhi to call off the Non-Cooperation Movement to put a stop to violence.

It was around the same time that the great revolutionary Ram Prasad Bismil was imprisoned, and hanged to death on December 19, 1927 in the Gorakhpur District Jail. There were around 1.5 lakhs of people present at his last rites at Rajghat, on the banks of the river Rapti. His autobiography was written while in prison and while being hung his last will was that British Government should fall. This wish came true after 20 years, though his martyrdom was one of the prime inspirations to advance the freedom struggle for Indian Independence.

Gorakhpur carries the richness of the past into its present with its various monuments and religious structures that bear testimony to its former glory. Over the millenniums of its existence, Gorakhpur has survived and thrived despite governmental, religious and cultural changes. It continues to thrive down to this day and stands as a silent witness to a unique culture.