Gorakhpur is a small historic city that is well known for its religious and cultural roots that have earned it by pilgrims and tourists alike. This city - lies to the North East of Uttar Pradesh - is often referred to as the gateway between Hinduism and Buddhism because of its strategic location with Nepal to its North, apart from its religious and cultural inferences. To the south of this city flows the deep river Rapti, gently washing the shores of this bowl-shaped city. Bounding Gorakhpur to the west is Basti and on the east lies Deori. The city itself stands at a distance of 270 kilometers from the state capital, Lucknow. 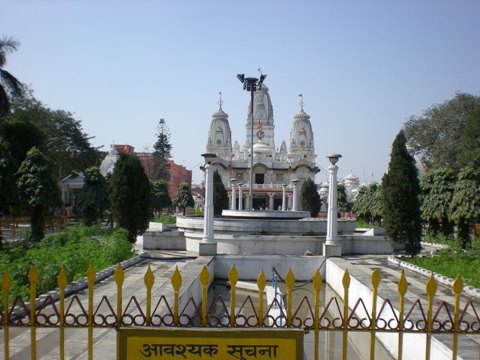 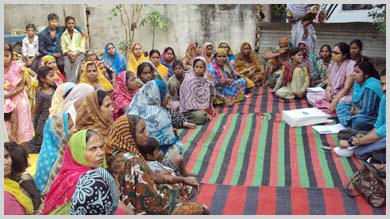 Summer in Gorakhpur lasts between April and June. Followed by the monsoon season that stretches up to October, with average rainfall being 349.5 mm (13.76 in). Winters in Gorakhpur are the best time of the year to visit this city and the months of December through February are very pleasant with temperatures ranging at a pleasant 28 degrees Celsius.

In recent times, fluctuations in water levels due to global warming and have led to the River Rapti stand at danger of overflowing and causing floods at times.

The Rapti River originates in Nepal and flows through Uttar Pradesh before joining the Ghaghara River, a tributary of the river Ganges. In recent times it has become heavily polluted, primarily because of the presence of factories that use it as a drainage system for their waste water. The river is also used for bathing and for immersion of idols during religious festivities. While this river does have hydroelectric and irrigation potential, it has been the cause of widespread flooding in recent times, leading it to be nicknamed “Gorakhpur’s Sorrow”. 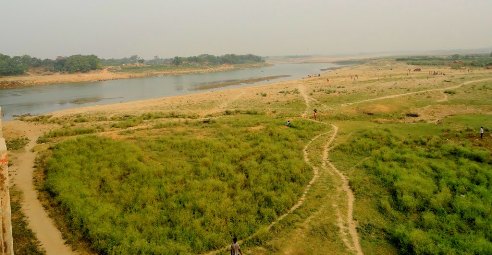 The soil of Gorakhpur is river-born alluvium and is well laden with brick, kankar and salt petre. This region is known for its abundance of bricks, leading to a thriving brick industry in Gorakhpur. The general appearance of the soil ranges from yellowish brown to light sandy in colour. The region of the terai where moisture seeps through the soil is heavily cultivated.

Fact And Figures About Gorakhpur