The culture of Gorakhpur is as unique as this historic city itself. The heart of spiritual activity across religions, this city has held sway for centuries as being a cultural stronghold of Indian traditions. Despite modernization and the slow inflow of modern ideas, Gorakhpur still has, at its heart, the historic and cultural values that have given India a distinct identity of its own. It is no wonder, then that Gorakhpur has and still remains one of India’s most culturally relevant cities. 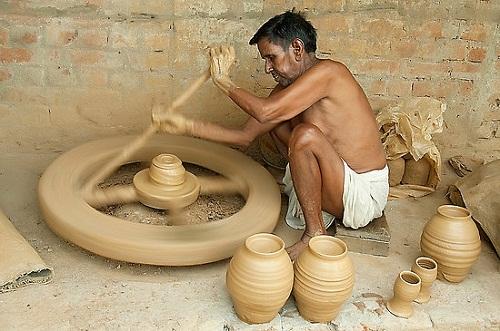 Art, music and entertainment are an integral part of Gorakhpur. Since this city is predominantly a place that nurtures religious and historical values, a visit to Gorakhpur will reveal much about Indian traditions that have long since dwindled down in most other parts of the country.

Gorakhpur, the city in which history thrives eternally, is a cultural hub. Music, dance, festivities and handicrafts are found aplenty here. Gorakhpur has produced many artistes, literary stalwarts and famous people who have made their mark here and added to the fame of the city, right from the time of the famous sixteenth century poet Kabir down to Urdu poet Firaq Gorakhpuri. Some other famous personalities of Gorakhpur are writer Prem Chand, Padmashree awardee Dr. Vidya Niwas Misra, singer Daler Mehndi and lyricist Jafer Gorakhpuri.

This city is also known for its numerous looms that produce some of the nation’s best handloom products. These symbols of self-reliance and national franchise have been in existence for decades and have been the source of income for many small scale industries. Each year, these looms produce thousands of traditional yet beautiful towels, bed-linen, pillow covers, curtains and table cloths. With skills passed on through generations, Gorakhpur has preserved tradition and culture over decades of change. 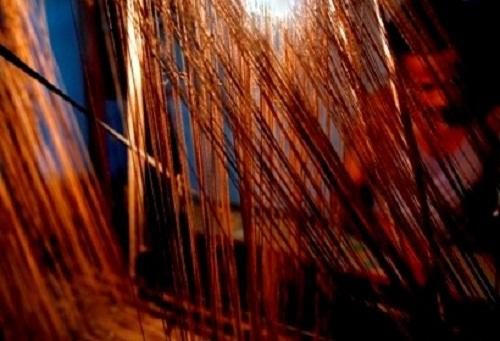 In recent times, though, the cost of raw material has shot up and subsidies have been slashed. Due to this, many handlooms have been shut down and weavers have been forced to opt for other jobs. The Government is working to preserve India's culture that is intrinsic in handloom products and the results are to be seen in the near future.

Preserving India’s glorious past is the Terracotta Town, a small group of villages that are dedicated to art forms in Terracotta. Lying at a distance of around 15 kilometres from Gorakhpur City, Terracotta Town has received International recognition and its artisans have received numerous awards for their outstanding work. Terracotta products from this region have made highlights for their originality, skilful design and their portrayal of Indian culture at its best.

Traditional music has also had a stronghold in Gorakhpur. In view of this, there are numerous centres where traditional music is taught and concerts are held throughout the year. Folk songs and dances are a popular part of Gorakhpur's tradition and various festivals have music as their highlight. There are some folk songs specific to Gorakhpur, that are sung during different festivals and seasons. For example, the Alha, Barahmasi and the Kajari are sung during monsoons and winter nights. The Kaharwa is sung at Diwali and the Phaag is sung during Holi. Singing and dancing is also part of the daily culture of the people of Gorakhpur, who, after a long day's work, use this as a means of relaxing and unwinding. Some music groups have been focused at keeping this culture alive at Gorakhpur. One such group is the Lion’s Music Group, which has been around for 25 years and is still thriving.

Gorakhpur has also had its contribution toward sports such as Kabbaddi, Cricket, Football and Kushti. A number of popular sportspersons have arisen from Gorakhpur. Some of these are Narendra Hirwani, Prem Maya, Syed Modi, Panne Lal Yadav, Ram Ashray Yadav, Janardan Singh, Janardan Yadav and Chandra Vijay Singh. 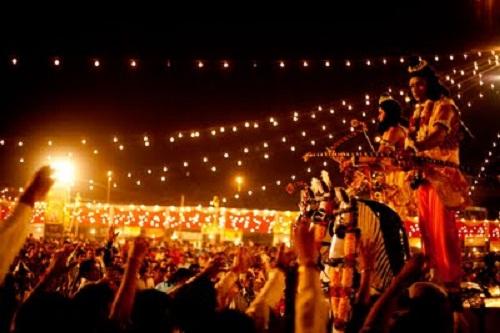 While speaking about the culture of Gorakhpur, one cannot forget the festivities that are the highlight of this city. The Khichari Mela that is held for a month each year from January 14 onwards is one of Gorakhpur's main festivals. Held at the Gorakhnath Temple, thousands of devotees and visitors gather here each year for this occasion. There are a number of fairs and festivities that appeal to young and old alike that are carried out throughout the duration of the festival.

The Ramleela procession that is organized on the eve of the Dussehera festival is also carried out in a grand yet traditional style and draws tourists from far and wide. Holi, too, is celebrated with much gusto and residents of Gorakhpur and visitors alike enjoy reveling in traditions that live on in vibrant colour.

Gorakhpur’s culture is vast and varied and preserves the traditions of old with a touch of the new. The uniqueness of this city lies in the fact that, being a gateway to various religions and cultures, there is a subtle unification of this diversity. Standing as a memorial to India’s past glories, Gorakhpur is certainly an interesting place to visit.