Sports have, for long, ruled the hearts of the residents of Gorakhpur. Apart from professional sports, it is common to take a walk down one of the city’s lanes and see groups of youths or adults enjoying a game. Among the games that are most common in the city is cricket. While cricket has won national acclaim and there is great fervour with which this game is played, it is also a game that families take to, in order to while the time away. 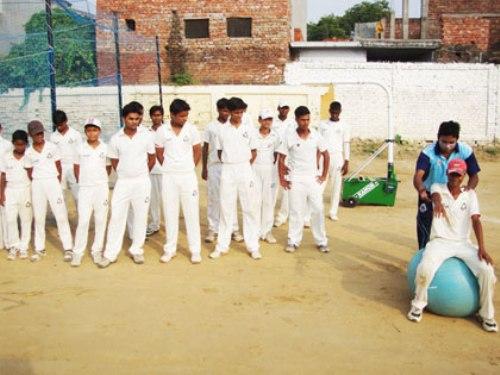 Cricket as a sport has won wide acclaim in Gorakhpur, apart from the whole of India. Cricket in Gorakhpur is organized by the Gorakhpur Cricket Association (GCA). Under the aegis of the GCA, budding talent is recognized and nurtured so that the skills of local cricketers can be honed. The GCA is also responsible when it comes to providing players with all the needed infrastructure and equipment needed for them to explore their skills to the highest degree. With a team strength of over 200 members, the GCA takes care of budding talent and playing arenas in the city. Gorakhpur city’s cricket grounds are managed by the GCA, and so is the city’s cricket stadium.

Gorakhpur has been the home to a number of famous cricketers over the years. Perhaps the most famous of Gorakhpur’s sons who became a cricketing legend is Narendra Deepchand Hirwani. This leg-spin bowler brought Gorakhpur, and in fact all of India to fame, when he was named the Cricketer of the Year in 1988. His outstanding performance in that year’s Test Series was a major contributor to him getting this recognition, despite the fact that he was the youngest player of Test Series to gain this title.

Narendra Hirwani also bears the distinction of holding a world record in Test cricket for bowling 59 overs without a break in 1990, at The Oval, in a Test match against England.

Explore more about Sports in Gorakhpur