Situated on the eastern side of Uttar Pradesh on the banks of the Rapti river, Gorakhpur city gets its name from renowned austere Baba Gorakhnath, who also has a temple by his name in this city. Gorakhpur city is known for its rich cultural, historical and spiritual heritage. This city has the honor of being the birth place of world famous Hindi writer Munshi Premchand and Urdu poet Firaq Gorakhpuri. Spiritual leaders like Mahavir, Gautam Buddha and Saint Kabirdas have put Gorakhpur on the world map. Gorakhpur is the place where during the struggle for independence from British rule freedom fighters like Pandit Ram Prasad Bismil, Bandhu Singh and the martyrs of Chauri Chaura revolution attained martyrdom. This place is also famous for its Terracotta figures. 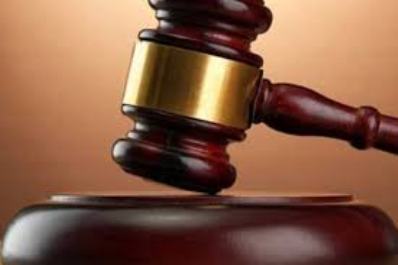 The present Judiciary of Gorakhpur that we see now is the result of gradual progress. Initially there were Munsifs, who are of the lowest level of hierarchy with respect to handling of civil matters. That time the cases of Gorakhpur were heard at Mansurganj. Later in 1862 when the headquarters of Tehsil were shifted to Maharajganj, the court was transferred to Gorakhpur. Besides, there were two courts of honorary Munsifs. Then in 1903 Village Munsifs were appointed in different Gorakhpur Tehsils. But till 1909 only 24 Munsifs could be appointed in the 90 circles due to lack of qualified people.

Presently, Gorakhpur division is constituted of four districts, Gorakhpur, Deoria, Maharajganj and Kushinagar. The Districts are divided into seven Tehsils, each presided over by a Sub Divisional Magistrate (SDM). These Tehsils are subdivided into 19 Blocks, Block into 191 Nyay Panchayat and which further are divided into 1233 Gram Sabhas consisting of 3319 Villages.

Constitution and Jurisdiction of Gorakhpur Judiciary

The Court of District Judge has the authority to hear cases pertaining to the judgments of Civil Judges. Besides this there are eleven Courts of Additional District Judges, three Special Courts and two ADJ/ Ex. Cadre Courts.

The administration of criminal justice is done on the basis of the Criminal Procedure Code of 1893, which is amended from time to time as per the requirement. Beginning from April 1, 1974 a new code has replaced the old one. Due to this there have been some big changes in the setup and it provides more facilities to the accused and also makes the trial more simple and quick. It has also brought about a complete separation of judiciary from the executive.

The presence of such an efficient judicial system keeps the people of Gorakhpur safe from bad elements and also helps in solving the cases of the people. This is especially required as this city lies on the border of the neighboring country Nepal. As a result the people are able to live in peace and harmony.

Explore more about Administration in Gorakhpur