Areas and Localities in Gorakhpur

Gorakhpur is one of India’s oldest and most historically relevant cities, with its history spanning different empires, cultures and religions. Its splendid history clubbed with its present allure makes Gorakhpur a great place to visit. Tourism is rampant in Gorakhpur and there are a number of localities and tourist spots that this city boasts about, which certainly are worth a visit. Some of these places are home to some of Gorakhpur's finest attractions and cultural heritages and add to the city's appeal as a tourist attraction. Below are some important localities in Gorakhpur that have historical and modern appeal.

A stone's throw away from Gorakhpur City Railway Station is the Old City, of which Rajendra Nagar is a core part. This region is renowned for some of the richest cultural and religious remains that Gorakhpur has to offer.Amongst the most popular places to visit in this area is Gorakhnath Temple. Epitomizing the identity of the city, the Gorakhnath Temple is one of Gorakhpur’s most prominent tourist attractions. A monument of undoubted antiquity, this famous shrine of Mahayogi Guru Gorakhnath spreads over 52 acres of land. 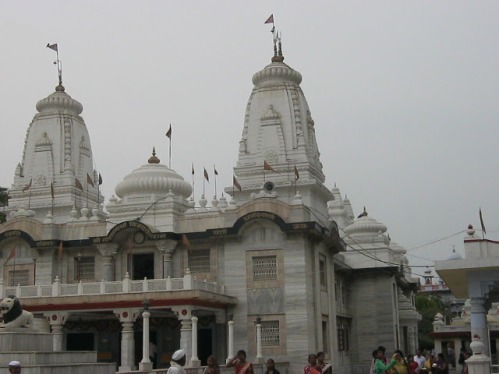 Gorakhnath Temple is a tourist delight as well as a popular pilgrimage all the year round. It is also a place of worship for the residents. Surrounding the Gorakhnath Temple area are shops that provide items for worship, along with eateries for visitors and devotees. The Dharamshala within the temple campus is also a boon for visitors from outside the city, and is managed by the temple committee.

Rajendra Nagar's fame as a popular tourist spot is primarily due to the presence of the Gorakhnath Temple. However, there are a number of other attractions in this area as well. You could spend some spiritual time at the Nirankari Bhavan. Or sample some of Gorakhpur's best cuisine at local eateries. Morning Meal Makers is a great place that attracts those who like to try out Gorakhpur's cakes and baked foods. 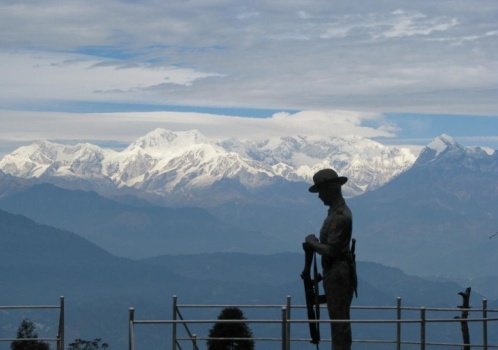 Located near the Gorakhpur Cantonment Area, Kunraghat is one of Gorakhpur's most famous areas for Army personnel recruitment. In fact, in Kunraghat is the Gorkha Recruitment Depot. This one-of-a-kind recruitment depot for the Gorka soldiers of Nepalese origin has become a landmark since 1886 when it was installed by the British Army. Soldiers hailing from the Nepali Anchals of Seti, Karnali, Lumbini, Rapti, Bheri, Gandaki, Dhaulagiri and Mahakali all come here to realize their dreams in the Indian Army. This recruitment center is one of the most popular spots to visit in this area.

Kunraghat is also a core area for the railway workshops and industrial ventures such as the Sugarcane Research Department of Gorakhpur. The famous Madan Mohan Engineering College is also in this region, making it an important educational center of Gorakhpur. 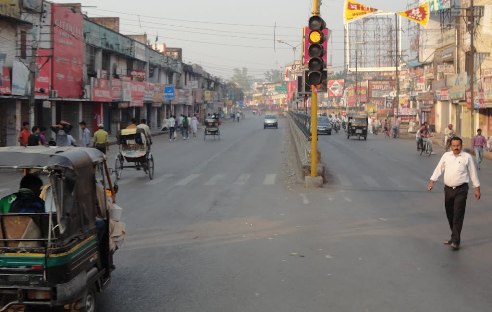 Bilandpur is home to some of Gorakhpur's oldest and historical areas. At its heart is Golghar, the city's geographical center and one of its busiest and most commercialized localities. Home to the city's local market, there are numerous shops, restaurants and commercial complexes at this locality. Golghar is located at a distance of just a half kilometer from the city’s bus and railway stations, and you can reach it by taking a slow walk through the heart of Gorakhpur. Within the market is also the Indira Bal Vihar Park, a spot of green along with eateries, where people of all ages can stop off to take a break from the routine of daily life.

A little further away is the City Mall at Park Road, which also has the distinction of being Gorakhpur's first shopping mall. While City Mall may not be as massive as many metropolitan malls, it does fill requirement for the residents of Gorakhpur. It is a great place if you would just like to hang out, check out offers, make some purchases, experiment with interesting cuisine or watch a movie. Kids will enjoy the small hand driven cars that are shaped like animals, which can keep them thrilled for quite a while.

Bilandpur, is also an important educational locality with its schools, colleges. Many of the city's administrative offices and official homes are located at Civil Lines in this area. 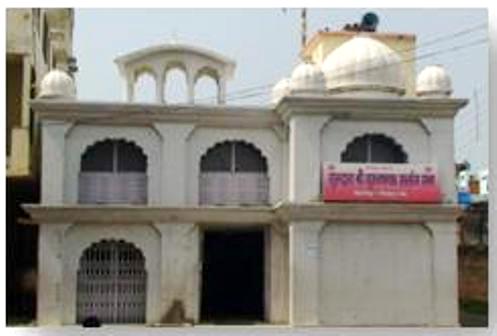 Located approximately 2 kilometers from the Gorakhpur City Station is Mohaddipur. This area is home to some of the city's most popular banks such as the Purvanchal Gramin Bank and the State Bank of India. Perhaps the most popular places to visit in Mohaddipur are the Vijay Chowk and the Gurudwara. Vijay Chowk is a popular shopping locality that draws residents and visitors. A short distance away is the Gurudwara, which is open from 5AM to 9PM on all days of the week. There are a number of activities that are of interest to patrons and tourists alike. Of these is Prakash Parv, which is celebrated during the organization of Sabad-Kirtans.

The City's Central Jail is located in Shahpur, a rather small locality of Gorakhpur. The Gita Vatika press and the Mosque of Goshipurva are also located here. Shahpur bears the distinction of being a popular tourist spot, while retaining much of the city's intrinsic historical value.

Bichhiya is one of Gorakhpur's areas that is more of a Railway township. The Railway Colony and Railway Protection Force Colony of the city are located here. Bordering Shahpur, this locality is primarily a residential area that offers a degree of exclusivity.

Home to a large student population of the city with its many colleges and universities, Ariya Poram Colony adjoins Golghar. Buxipur, in this area, is quite famous among book-lovers and students who are on the look-out for extra reading to supplement their education. 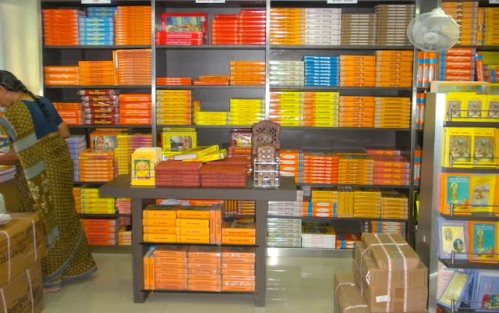 Buxipur is one of North Eastern Uttar Pradesh’s largest book markets and is also a spot where people can sell their old books and buy new ones. With ancient as well as modern collections of books, as well as some rare finds, Buxipur is a little nook of history in a world where people are increasingly turning to electronic media rather than books.

Lying around 15 kilometers outside Gorakhpur City, bordering its suburbs, is the world famous Terracotta Town which has brought Gorakhpur much renown. This cluster of villages has international acclaim for their terracotta items and the products found here are outstanding examples of the survival of traditional art forms surviving over centuries, into a modern era. 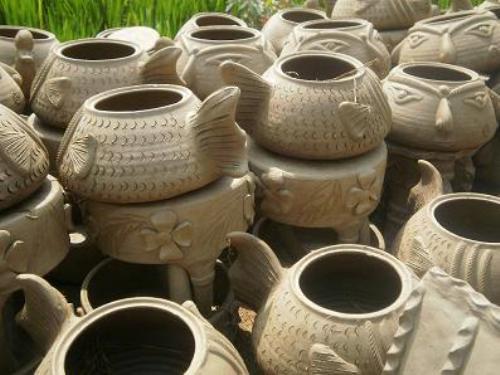 The villages that form Terracotta Town are famous for there over 1000 different designs of terracotta works. A number of awards have been given to the outstanding work that has been produced by this community. Five craftsmen have received regional medals for excellence in craftsmanship and four have received Presidential awards. Much work has been done to keep alive the art of craftsmanship with terracotta and people from around the world visit these villages to collect some of the world’s finest hand-made terracotta products.