Nestled along the banks of the River Rapti in eastern Uttar Pradesh, Gorakhpur is considered to be a gateway to Hinduism and Buddhism. Located near the border of Nepal, this city stands as a solid reminder of cultures and religions that have co-existed throughout history. Named after the saint and tantric, Baba Gorakshanth, this city has contributed immensely to Indian culture and religious values.

Gorakhpur has and still continues to be the gateway to many cultures. With its history going back to the Vedic period, it was once part of Lord Rama’s renowned Koshla kingdom. Over time, its history can be traced back through a number of popular dynasties such as the Nandas, Sungas, Sishunagas and Mauryas. The influence of Baba Gorakshanth in 12th century, however, has helped this city retain its place in history as one that has influenced a number of people attain better living. 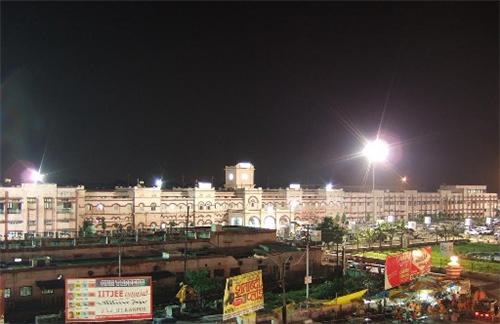 Gorakhpur has often been the centre of medieval mysticisms and grandeur. With splendid monuments dotting its landscape, there are a number of tourist attractions for people of all backgrounds and cultures who visit this city. Gorakhpur’s association with many great literary figures such as Raghupati Sahai Firaq and Munshi Premchand, has also added to its popularity and national appeal.

Over the years, the city of Gorakhpur has produced its own rich lineage of freedom fighters, cultural architects and historical stalwarts who have added to the renown of this city. The culture of Gorakhpur is also one that is vividly seen in its richly woven handloom products, traditional folk music and artistic traditions. A glimpse into the historic past of this city can be seen through the eyes of the many cultural and religious relics that stand as mute spectators of bygone days.

A Brief History Of Gorakhpur 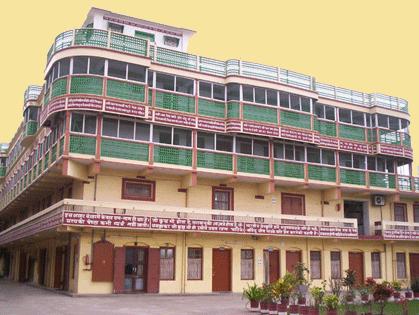 Gorakhpur is earliest referenced to in the Vedic era when Iksvaku, the monarch of the Solar Dynasty, ruled over this region. The Aryan civilization and culture became renowned during this period of time. In 600 BCE, Gautama Buddha renounced his princely garb near Gorakhpur just where the rivers Rapti and Rohini join. Gorakhpur also is associated with the travels of 24th Tirthankara of Jainism, Lord Mahavira, who was born not far from this city. Gorakhpur also went on to form part of the Gana Sangha of the Malla Dynasty. In fourth century BCE, the Nandha Dynasty became prominent and over time, Gorakhpur came under various empires such as the Mauryas, Shungas, Kushnas, Guptas and Harshas.

While Gorakhpur came into relative prominence in the tenth century when Mausen Madan Singh of the Tharu Dynasty ruled over this city, it was not until the twelfth century that it really shot to fame. It was in this period of time that the renowned Hindu ascetic and tantric Baba Gorakhnath made his appearance onto the scene of this city. It was from him that the city itself derived its name and has been attracting a huge number of tourists and pilgrims ever since.

Between the twelfth and eighteeth centuries, Gorakhpur was conquered by Muslim rulers such as Muhammad Ghori, Qutb-ud-din Aybak and Bahadur Shah who also contributed towards the rich conglomeration of culture in this region. Monuments such as the eighteenth century Dargah, Imambara, stand as part of the legacy of these rulers.

In 1803, Gorakhpur came under British control and was one of the major centres for the uprising of 1857 as well as for the movement for Indian Independence. February 4, 1922 saw the Chauri Chaura incident in Gorakhpur which was a major factor in spearheading the struggle for Indian Independence leading on to a series of events that formed the nation as it is today – an integral part of the state of Uttar Pradesh. 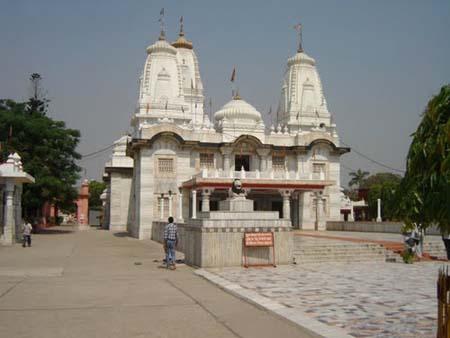 The city of Gorakhpur is replete in its monumental splendours and relics of the past that bear testimony to ages gone by. Blending multiple religious beliefs and offering pilgrims and tourists rare sights to be seen only in this city, Gorakhpur has an ever-young aura of spiritual splendour. The city never ceases to attract those who wish to experience different facets of life and culture, in sync with nature with the essence of the past glory enshrouding it.

Gorakhpur offers its own unique attractions to those who love shopping. Well known for its handloom products, there are thousands of looms in this city that produce towels, bed-linen, curtains and other unique products that carry its trademark. At a distance of approximately 15 kilometers from Gorakhpur is the internationally acclaimed Terracotta Town, a sector of numerous villages that are well known for terracotta products. A short drive to any of these villages can yield exciting results for those who would love to add terracotta products to their memoirs of their visit to Gorakhpur.

Local shopping in Gorakhpur is not complete without a visit to Golghar, the city center that is home to shops, restaurants, hotels and shopping malls. The Rapti Complex is the oldest complex in this area and dates back to 1987. A visit here will help one find a wide range of jewellery, apparel, electronics and cosmetics. For book-lovers, there is no better place to visit than the Buxipur area which is home to one of the largest book markets that can be found in the North Eastern part of this state.

Gorakhpur’s religious and spiritual conglomeration gives way to a number of different festivals that are celebrated with equivalent fervour. Among the most popular festivals in Gorakhpur is the Khichadi Mela that is celebrated for a whole month at the famous shrine of Guru Gorakhnath. Diwali is also celebrated with much enthusiasm and people fill their homes with lights on this day.

Gorakhpur is an excellent place for those who love food. With a wide array of delightful dishes, this city is certainly a dream come true for all active taste buds. From traditional cuisine to street food, local delights are aplenty. The staple food of the people of Gorakhpur is rice. Additionally, wheat, maize, pulses and gram are widely consumed, along with vegetable oils, milk, curd, ghee and vegetables. There are a number of food lounges, restaurants and food stalls that help make the local food delights easy to sample.

How to Reach Gorakhpur 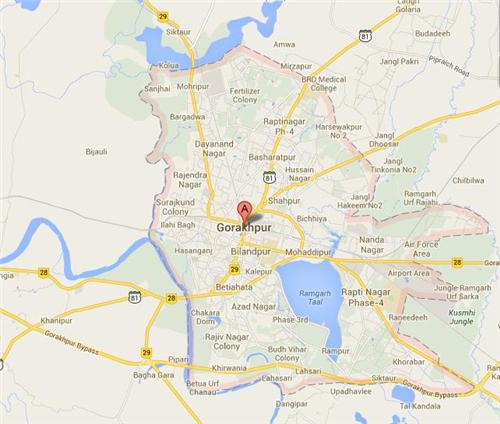 Gorakhpur is well connected by road, rail and air transport. Visitors can reach the city by road either from the Nepal border on the north through NH-29A, Kushinagar on the east through NH-28, Maharajganj on the northeast through SH-81 or Deoria on the southeast through SH-1. Gorakhpur is also easily accessible from Lucknow on the west through NH-28 and Varanasi to the south of the city through NH-29. As this city is the headquarters of the North Eastern Railways, it is a busy hub of rail activity and is connected with all major Indian cities such as Allahabad, Varanasi, Mumbai, Kolkata, New Delhi, Chennai and Thiruvananthapuram. It is also home to the world’s longest railway platform that stretches to 1,355 meters. The Gorakhpur airport lies approximately 6 kilometers away from the heart of the city and commercial flights from the city to New Delhi are operated from Monday to Friday.